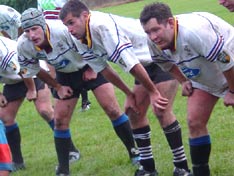 England recently hosted the 2015 Rugby World Cup from September to October and Rugby is often referred to as the world’s most dangerous sports.

The injuries Rugby players sustain often take months to heal or can leave them permanently disables. For those who have Rugby as their occupation or play the sport as a hobby, it is important for them to consider purchasing an Income Protection Policy in order to make sure they are financially secure in case an injury leaves them unable to work.

Injuries on the rugby field are very common and can often leave someone unable to work for a long period of time. This is why insurance providers like the ones at Claybrooke recommend those who play rugby, either professionally or as a hobby, should consider income protection insurance, especially if they would be under financial strain from missing work for a period of time.

The good news is those who play rugby can often find income protection policies without an increase premium rate.

Rugby players often experience a lot of typical injuries during matches that usually include dislocations, sprains, and broken limbs. Medial collateral ligament injuries and thigh hematomas are the second most common injuries among rugby players as well.

While it is common to experience injury during a match, this is not the only time players can experience injuries since it is also common to sustain injuries during rigorous training and even during practices or practice matches.

According to the knowledgeable advisors at Claybrooke, those who play rugby professionally will generally have special insurance if an injury were to occur or they have an injury and recovery time is needed covered in their contract.

Amateur players or those who play for fun, however, do not have that kind of insurance protection and are often very financially exposed should they become injured and be unable to work. Without the proper income protection, missing work due to an injury can be financially devastating.

Are Larger Players More at Risk?

There are a number of studies that indicate rugby players across the world are getting larger which means they could face much more serious injuries when they collide with other players or tackle one another.

There are a number of examples of larger players who have caused or sustained serious injuries, dating back as far as the 1980s. With this in mind, even smaller rugby players need to consider income protection since their competition will often be larger and more capable of causing damage.

Popularity of Rugby on the Rise

While rugby players may seem like a select group of individuals, it is important to note the popularity of the sport is on the rise and there will be more rugby players in the future. This coincides with the work being done by the Rugby Football Union (RFU) and its All Schools Programme (the program in which Prince Harry is the patron). In recent years, English players have helped to raise £500,000 in an attempt to encourage schools to have a more involved rugby program.

Overall, the program worked to target the introduction of rugby to 400 secondary schools before the start of the 2015 Rugby World Cup kicked off this past September and to add almost 400 more schools by the next World Cup to 2019.

With this in mind, it is not surprising more people will take up the game and increase their risk of being injured while playing, which is why researching and considering purchasing income protection insurance is so important to protect their financial future.

Those insurance providers offering income protection insurance policies will medically underwrite, which means they will need to ask the policy seeker a number of different health related questions in order to determine whether or not the person is eligible for insurance.

One of the factors they will take into consideration is the person’s Body Mass Index, or BMI. Having a high BMI could mean that someone is overweight, which means they are more prone to having health problems and are more likely to make a claim, making them more of a risk to insure by the insurance company.

Rugby players, on the other hand, often have a high BMI but are also physically fit due to the nature of the sport. So, does a high BMI still negatively affect a rugby player’s policy?

Claybrooke asked a number of different income insurance protection policy providers about the issue of BMI and premiums they expressed that it is unlikely for BMI to be viewed in isolation.

This means that, if the policy seeker is considered to be overweight, it will likely result in their premium payments being higher overall.

For those who are considered overweight because of their build but are still physically fit, it would benefit them to speak with a knowledgeable insurance advisor and see if they are able to talk to the insurance provider on their behalf to discuss the BMI issue and potentially have the proposed premium reduced.

Those who have a high Body Mass Index due to higher muscle mass concentration than the average person may be able to secure standard terms for their policy after taking some additional steps, such as having a nurse screening and checking their fasting glucose and cholesterol checked.

Considering that rugby players, both professional and amateur, are more prone to accidents and injuries, it is important for them to consider income protection insurance to help keep their finances secure should they sustain an injury that causes them to be unable to work.

An income protection policy would pay a benefit, upon a successful claim, that could help the policy holder and his or her family stay financially afloat even if they are unable to bring in an income. If you need more information on income protection insurance policies, the insurance team at Claybrooke is available to help.