There are many pre-existing conditions that have individuals believing they cannot secure proper life insurance coverage.

While this may have been true in years past, life insurance companies have since recognised that these conditions can be well managed and have developed and extend proper life insurance policies to these individuals.

One of the conditions that many people believe excludes them from life insurance coverage is epilepsy. Claybrooke Life Insurance specialises in obtaining life insurance for individuals with epilepsy – here is how we can help.

So What is Epilepsy?

Epilepsy is a nervous disorder that is caused by abnormal, excessive neural activity. This activity is classified as recurring disturbances in movement, sensation and/or consciousness that are primarily controlled by the cerebral organ. There are different types of epilepsy, and although each of these conditions comes with its own set of triggers and symptoms, the treatments are similar across the board.

There are several different medication groupings that help to stop or lessen the occurrence of epileptic episodes and its combinations will be dependent on which type of epilepsy is present.

Major, or grand mal, epilepsy is the most common form of this condition. Major epilepsy may occur alone or in combination with other types of the disease. Attacks with this type of epilepsy include a distinct epileptic cry, loss of consciousness, and convulsions.

Minor, or petit mal, epilepsy begins consistently during childhood and develops into part of a mix of seizure patterns including minor, major, and other types of epileptic episodes. Petit mal epilepsy or seizures are usually characterized by clouded consciousness for a period of up to 30 seconds in which the individual may stare blankly or simply blink.

Other forms of epilepsy include idiopathic epilepsy and focal epilepsy. Idiopathic epilepsy is characterized by seizures that occur without any presence of an organic disease in the brain, which will generally be revealed early in the patient’s life. Seizures of this manner are often attributed to genetic factors.

Additionally, focal epilepsy is form of this condition that can be either idiopathic or symptomatic epilepsy. This form is characterized by localized sensory, motor, or combined phenomena seizures including temporal lobe seizures. These seizures are complex and can include unusual motor activity, altered consciousness, different states of amnesia, and automatism.

If the condition is well managed and there are accurate records of care, it is possible to be extended coverage. Because of this, it is important to keep an accurate record of all treatments and medication to present to the insurance company when applying.

Claybrooke Life Insurance is available to help individuals with epilepsy secure the life insurance coverage they require to meet all their needs. Our knowledgeable insurance agents are experienced in working with individuals who have pre-existing conditions and even specialise in helping those who suffer from any of the different forms of epilepsy.

A pre-existing condition does not have to mean that purchasing life insurance coverage is an impossible or expensive task. Claybrooke can help to arrange a life insurance policy that meets all of the applicant’s needs and fits well into his or her overall budget. 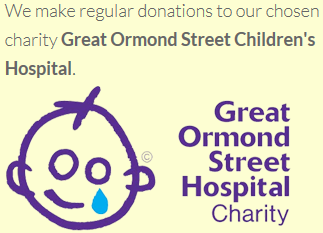